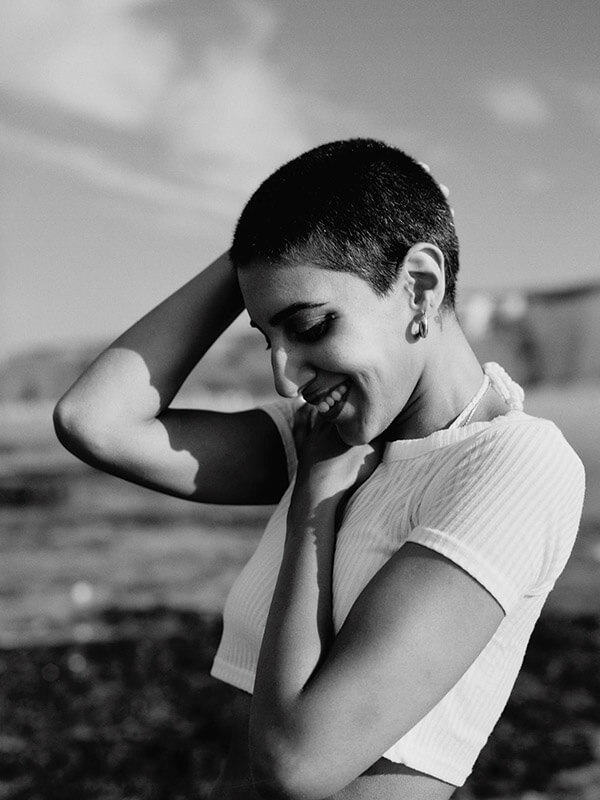 EMAN ALI
Omani human, and visual artist Eman Ali on embracing our differences to inform our similarities, and how being the protagonist of her own work is an act of resistance and ground for seeking self-identity.

Distance in its purest form is a figurative concept, an invisible act, we don’t see it yet we can feel it. Eman was born in London and raised in Oman, a beautiful country on the southeastern coast of the Arabian Peninsula. Eman moved back to London to pursue her studies, describing the city as the epitome of cool. “There was a rawness to it that excited me and its punk attitude really appealed to me as a young goth punk myself.”

The faraway distance from home has deepened Eman’s connection to her roots, and her personal revelations depict what makes us human and how navigating our internal landscape is instrumental in shaping our own narratives. In this conversation, Eman describes the influence of the Arab culture on her practice, talks us through the genesis of “Self-Portrait” resisting the stigma surrounding the female body in the Arab Islamic world, and on David Bowie who blew her socks off as a teenager. Moving between Oman and London, today Eman is an established renowned artist weaving gender, religious and socio-political ideologies to question cultural intricacies of Khaleeji societies and women’s representations in the Arab world. Eman’s work has been exhibited in Lagos Biennial 2nd Edition in Nigeria, Tate Modern, and El Barrio’s Artspace, in New York. 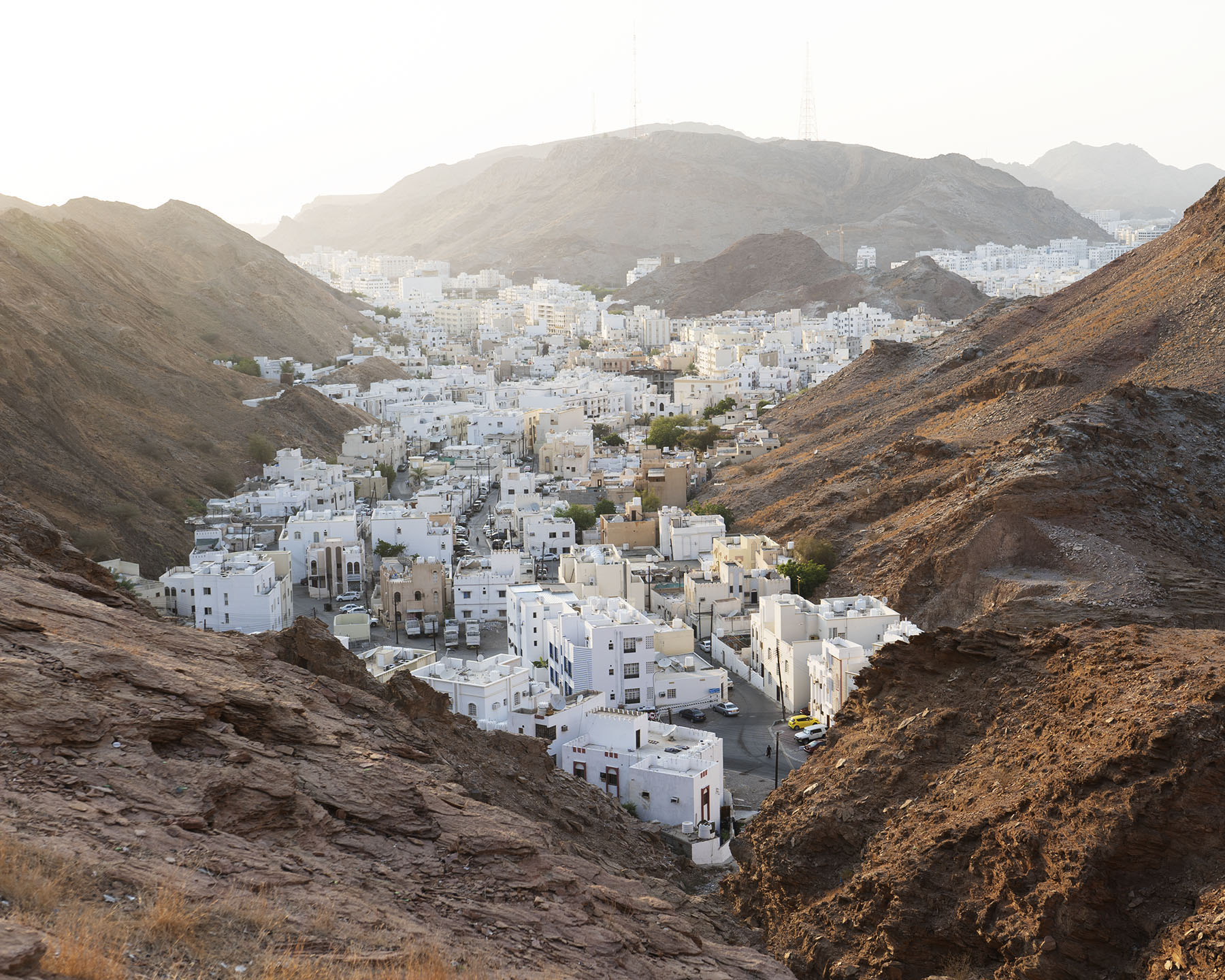 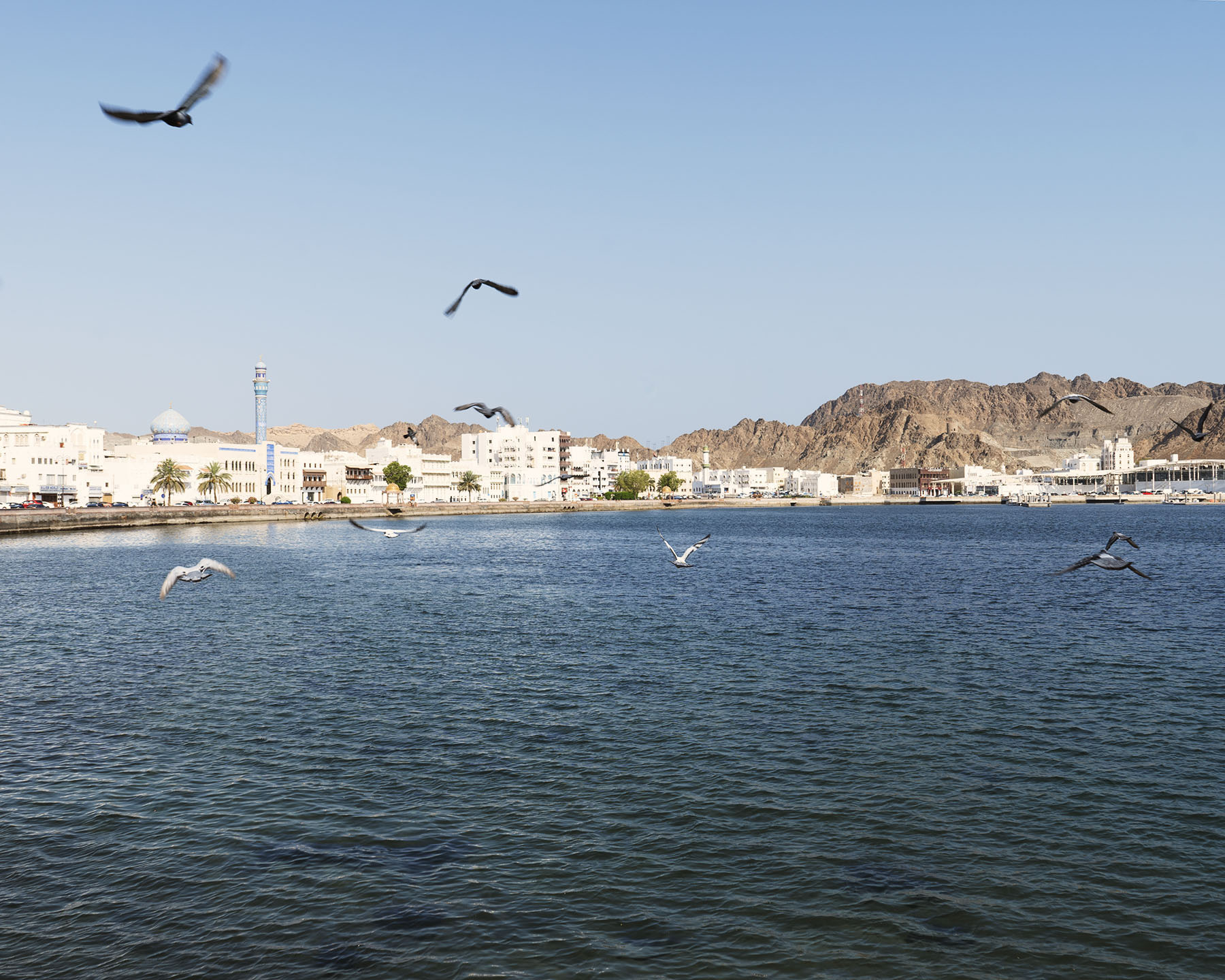 LFV: Where did you grow up and what was that context like?

E: I grew up in Oman and spent most of my time enjoying outdoor activities such as swimming and diving in the sea (I was part of a small group who were the first Omani girls to receive their PADI Open Water certification), hiking, and camping in the mountains, wadis, and desert. Oman is such a vast and beautiful country with so much to explore that going on outdoor adventures in and outside of Muscat is something you do as a child with your family. Our connection with nature is very strong because of this.

“MY FIRST STOP AFTER SETTLING INTO MY DORM ROOM IN ELEPHANT & CASTLE WAS, UNSURPRISINGLY, CAMDEN TOWN, THE BIRTHPLACE OF BRITISH PUNK.”

What made you choose London as your second home?

E: My family has always had a strong connection with London as my father served as an Ambassador to Oman there in the 70s and 80s. We moved back to Oman in the 90s but maintained our connection with London by visiting for the summer holidays. Applying to universities as a young adult, London was my first choice because of the familiarity but also because there was a whole new exciting world I had yet to discover.

London was the epitome of cool. Creativity was unrestrained. There was a rawness to it that excited me and its punk attitude really appealed to me as a young goth punk myself. My first stop after settling into my dorm room in Elephant & Castle was, unsurprisingly, Camden Town, the birthplace of British punk.

What were the challenges, and learnings that you have experienced while living in the UK?

E: As someone who grew up in a conservative place like Oman, London represented freedom, creativity, and individuality for me. I could be who I wanted to be free of judgment. As soon as I left Oman I left everything behind. I was not interested in where I came from as I thought it was boring in comparison to where I was.

In moving to a new country I found and lost myself at the same time. It took me until I was 25 years old to realize the importance of maintaining a connection with my roots and having a strong spiritual foundation to weather the storm of a big city like London (or any other life challenges) because it can be all-consuming sometimes but ultimately it will forever be my second home because it has shaped me into who I am today and the friends I have made are friends for life.

“DESPITE THE DIFFERENCES IN RACE, ETHNICITY, AND RELIGION THE ONE IMPORTANT THING WE ALL HAVE IN COMMON IS THAT WE ARE HUMAN.” 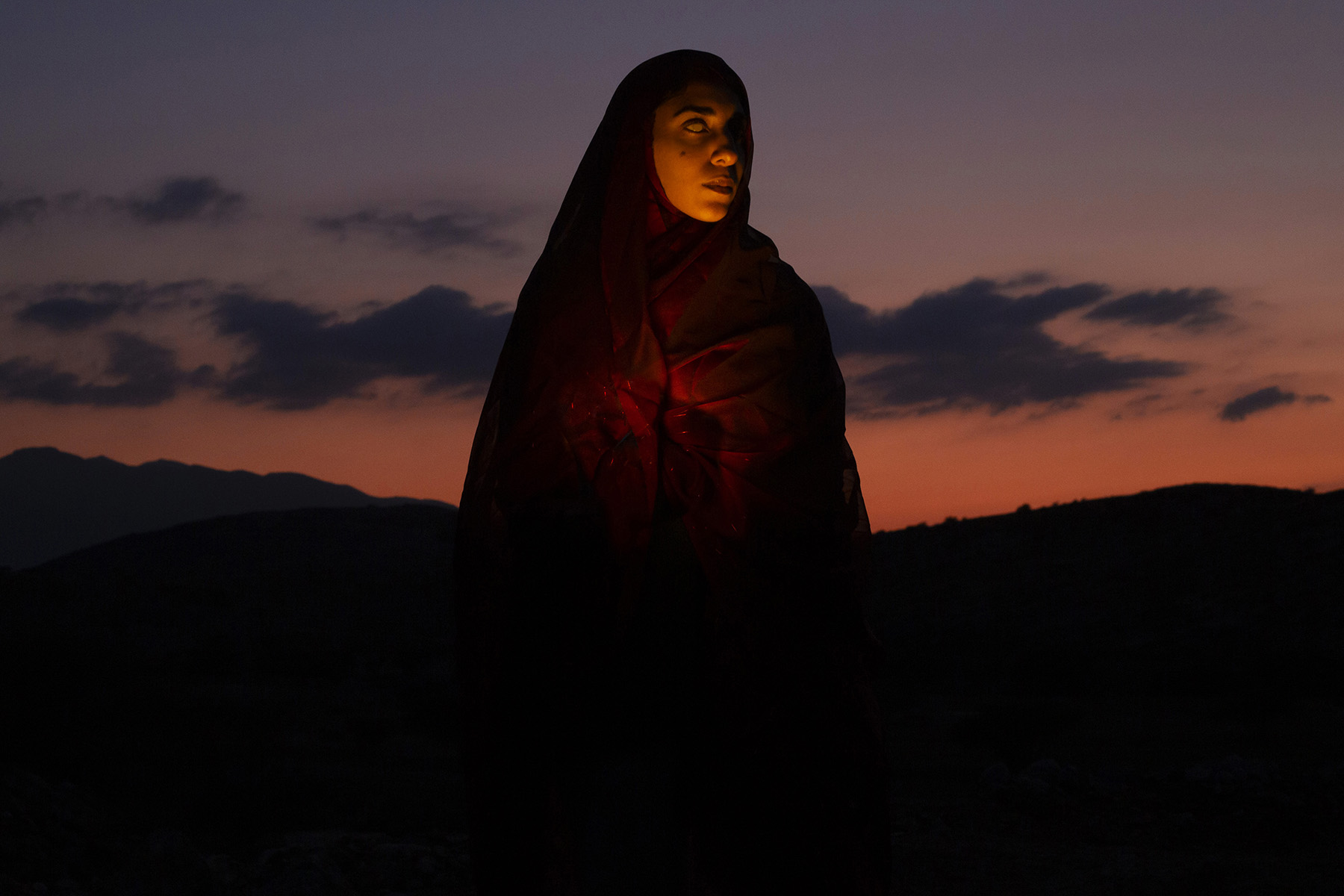 How did that journey influence your practice as an artist but also as an individual?

E: Culture, particularly Arab culture, is a huge influence in my work as it shapes what it is I am going to produce. On an individual level, being exposed to different cultures is the most enriching way to grow as a human being and a reminder that we are one global society.

Connecting with and learning from people that are different from you brings forward the similarities between the two and this is something we need to focus on because despite the differences in race, ethnicity, and religion the one important thing we all have in common is that we are human. 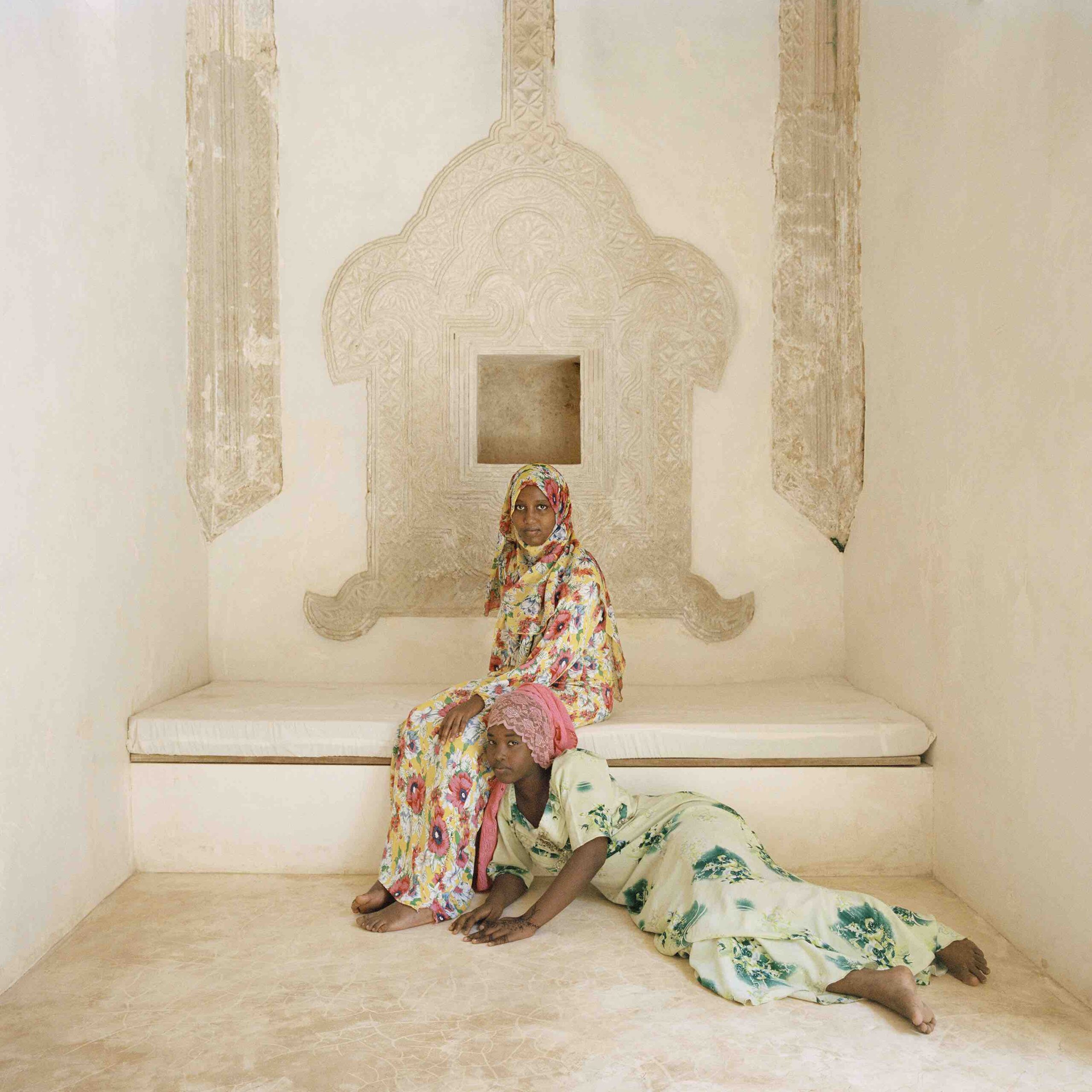 As a Lebanese living abroad, it seems to me like the Arab culture is always in the shade of the global media, misinterpreted and even under-represented; what is your take on that as a visual artist, and how does your practice aspire to change this narrative?

E: I think we should focus not on the external noise but on the internal voice within and use it to tell our stories and shape our own narratives. By doing this we create our own space through which others can connect with us too. I do this myself by mostly drawing inspiration from my own background, upbringing, and personal experiences to produce work that questions the cultural intricacies of Khaleeji societies and women's representations in the Arab world.

“MY BODY IS POLITICAL AND I USE IT IN MY WORK TO RECLAIM MY OWN NARRATIVE AND PRESENCE AS AN ARAB WOMAN.” 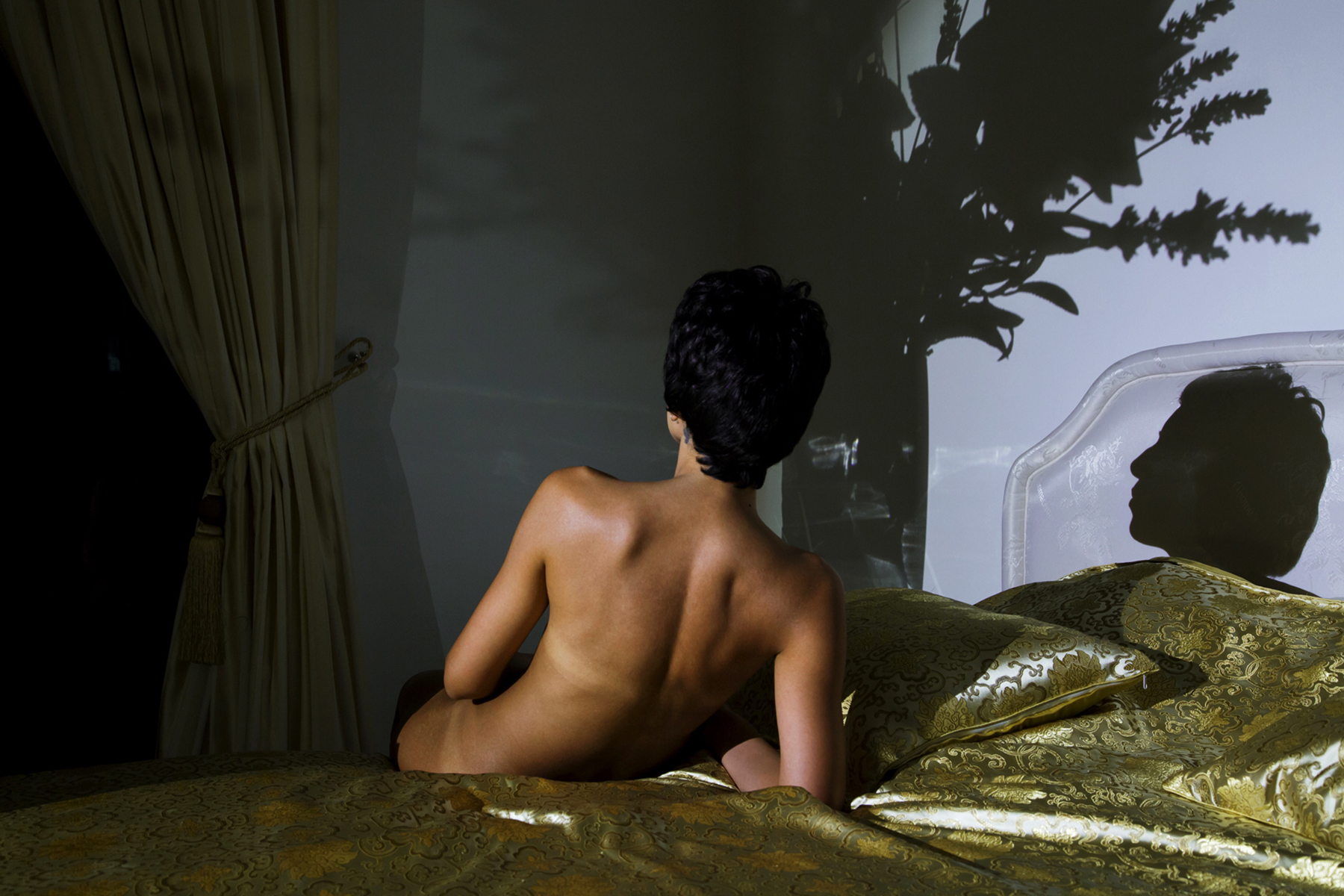 Your work revolves a lot around Identity. Can you describe the relationship between the artist and you as portrait subject in your series “Self-Portrait” and how does it inform your self-identity?

E: I started taking self-portraits in 2010 because it was much easier to do that than to photograph someone else. The challenge I faced at the time was that a lot of my girlfriends didn’t want to be photographed. They thought it was weird or that their parents wouldn’t allow for their pictures to be seen online. Now they post their photos all over Instagram! At the time I wanted to photograph the type of beauty I did not see in magazines and when I couldn’t photograph my friends I turned the camera on myself. My brother has always said that I am my own muse and I would agree. It's easier to shoot myself and experiment with ideas as I’m available 24/7. 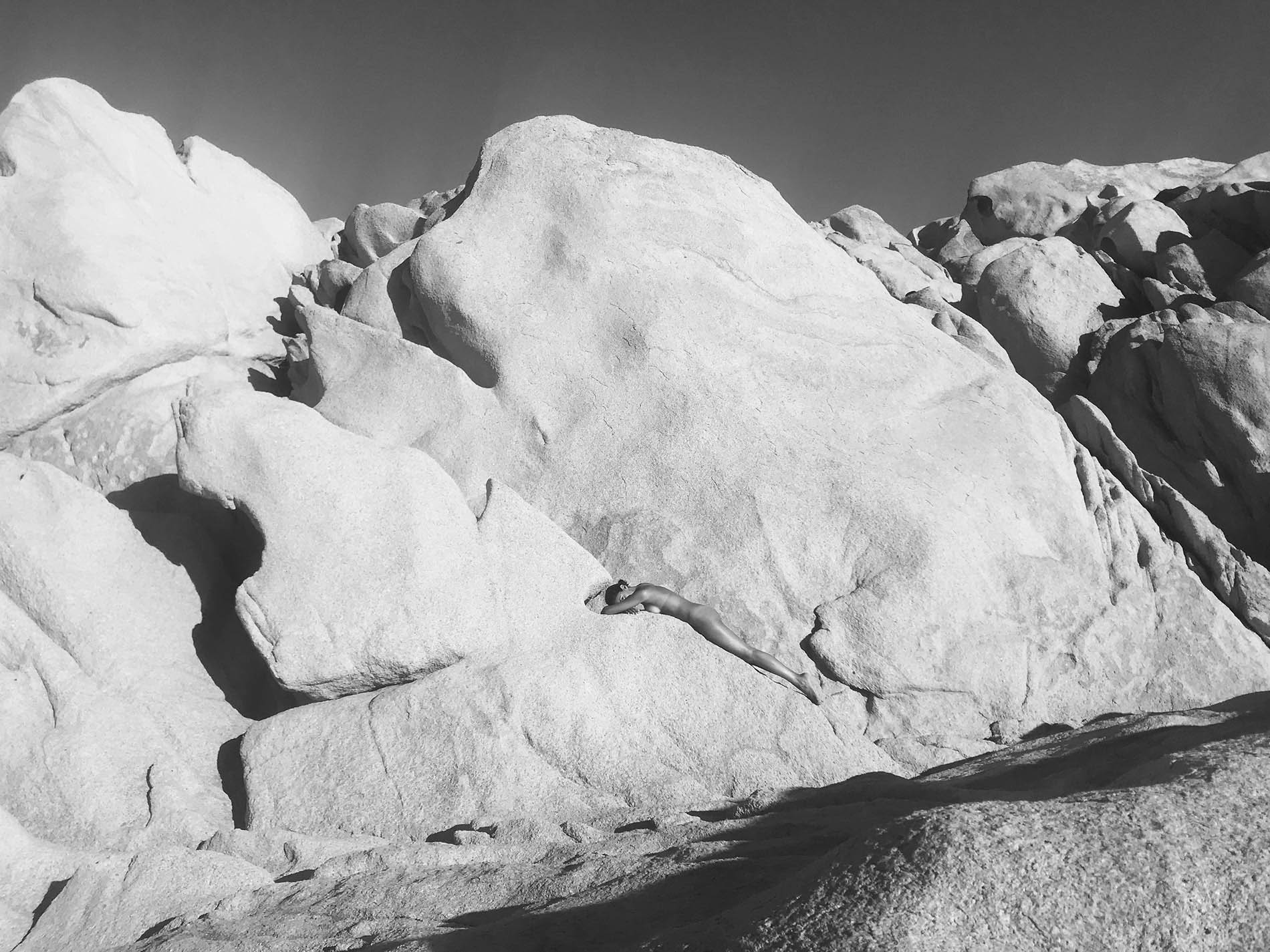 I don’t particularly like being photographed but I’m very comfortable performing in front of the camera and shooting myself. I used to send visual love letters to my partner in Berlin at the time and that’s when my self-portrait work slowly started to evolve as I started to develop a visual language inspired by cinema. Since then I’ve continued to carefully construct self-portraits, where I cast myself as both the protagonist in my photographs and the director behind the camera.

I am very aware of where I come from and the stigma surrounding the female body in the Arab Islamic world. When I chose to turn the camera on myself, it became a healing and meditative practice for me. My body is political and I use it in my work to reclaim my own narrative and presence as an Arab woman. 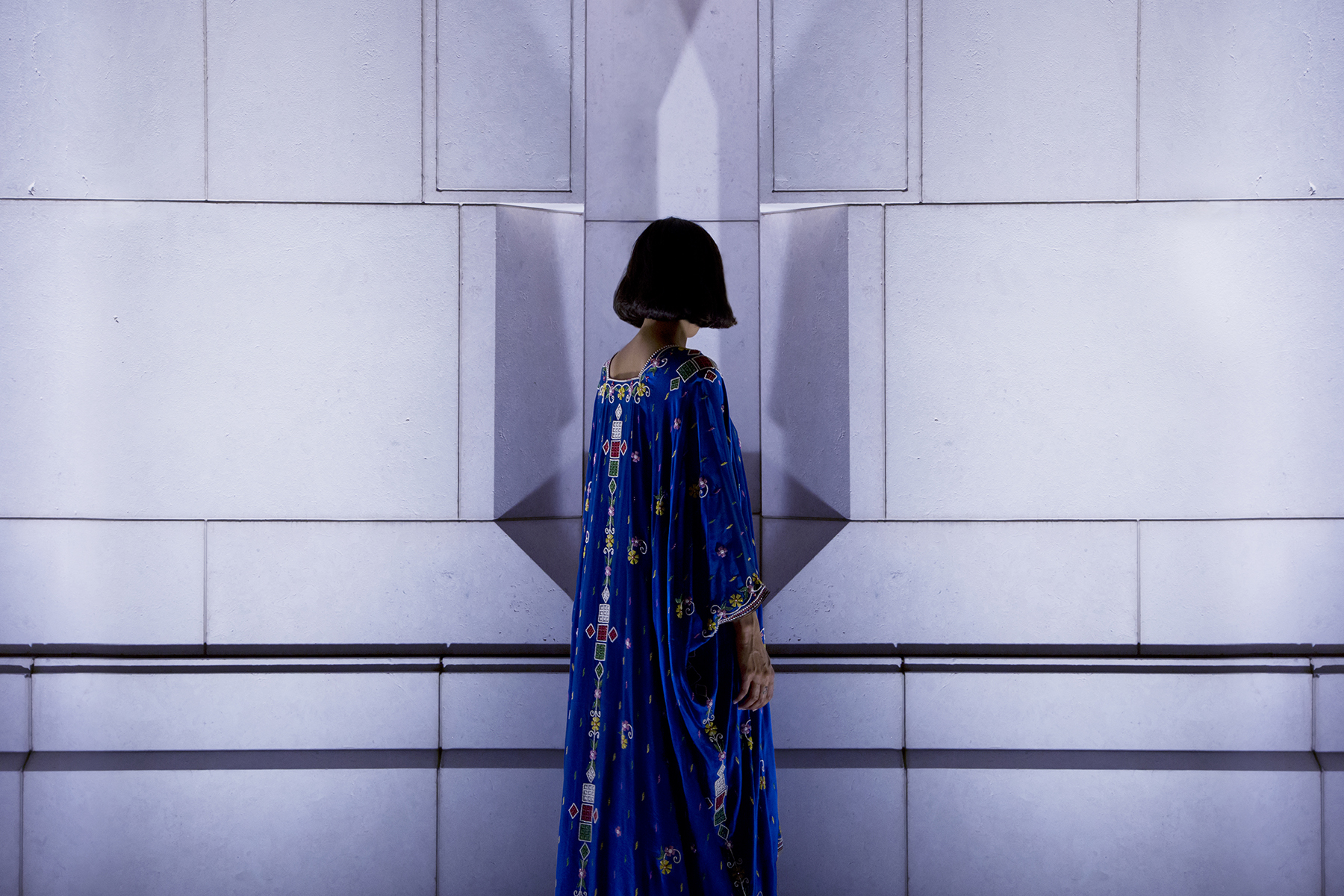 E: I have so many dream projects one of them being a road trip around Oman which I hope to start this year. Oman is on lockdown at the moment and one of the post-iftar Ramadan activities I’ve been doing with my mum is organizing the family photo albums. We were looking at our summers in Beirut and the Roman ruins we visited both longing to go back. I’d love us to go on a mother-daughter trip and shoot a whole series there. We make a good team. I’d also love to photograph the incredible Rossy de Palma. It’s hard to pin down my favorite artist but one who blew my socks off as a teen and left a lasting impression was David Bowie.

What gives you a deep sense of belonging?

E: My culture and my language. I need both to keep me grounded and connected to who I am and where I come from. If I need to feel a sense of home then it is the smell of frankincense that will take me there. I never travel without it and burn it every evening whether I am in London or on a long work trip somewhere.

In closing, can you tell us a mantra in Arabic that sparks your aspirations?

E: I don’t have a mantra but here is an Omani proverb that I quite like about purging people from your life who no longer serve you: “شجرة ما تظِلّ عرقها اولى قَصّها”

Eman Ali is an Omani visual artist based between London and Oman. Her work interlaces gender, religious and socio-political ideologies to question cultural intricacies of Khaleeji societies and women's representations in the Arab world. For limited edition print sales, commissions, and other inquiries
you can reach Eman at info@emanali.com

Visit Eman’s site to see her work and Instagram for ongoing activities. 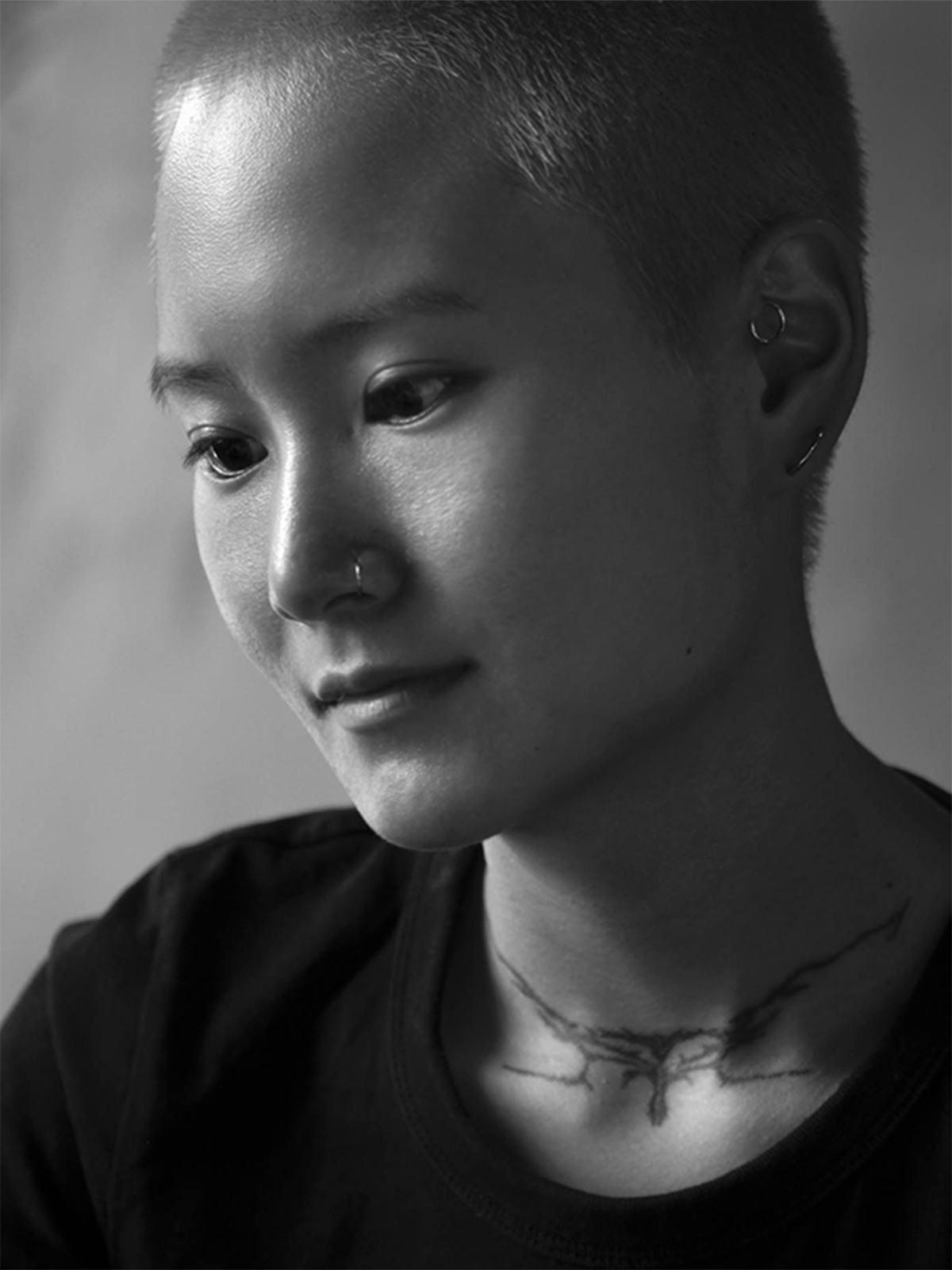 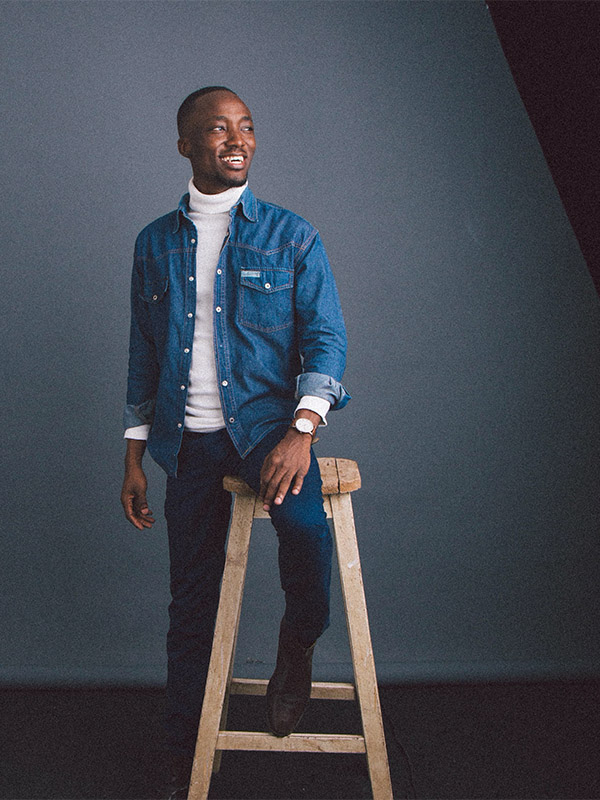 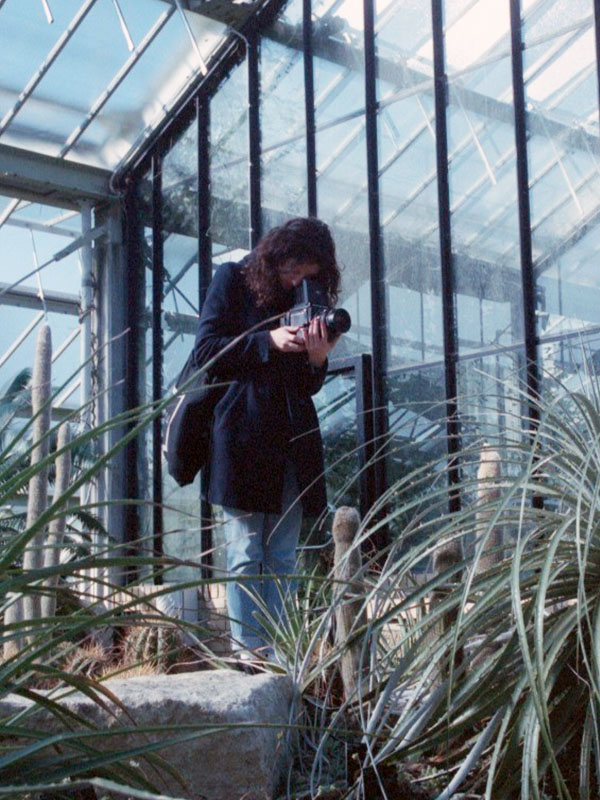 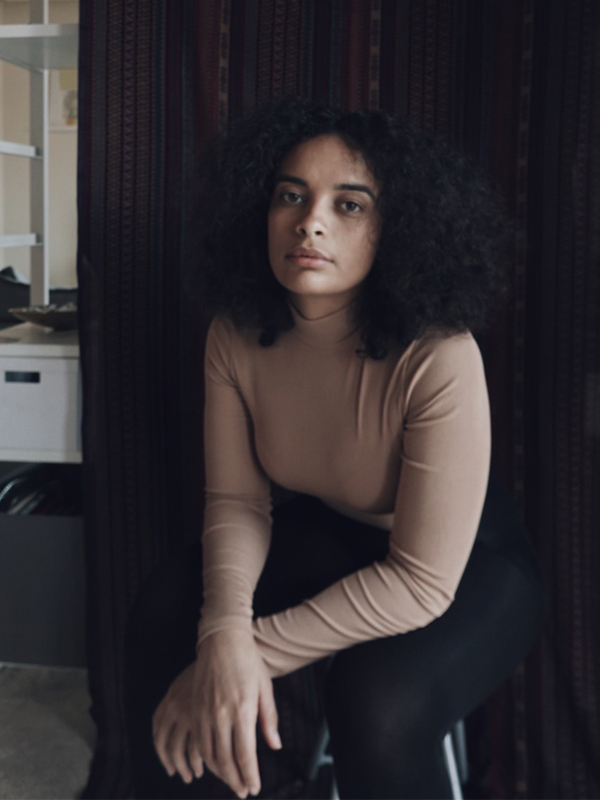 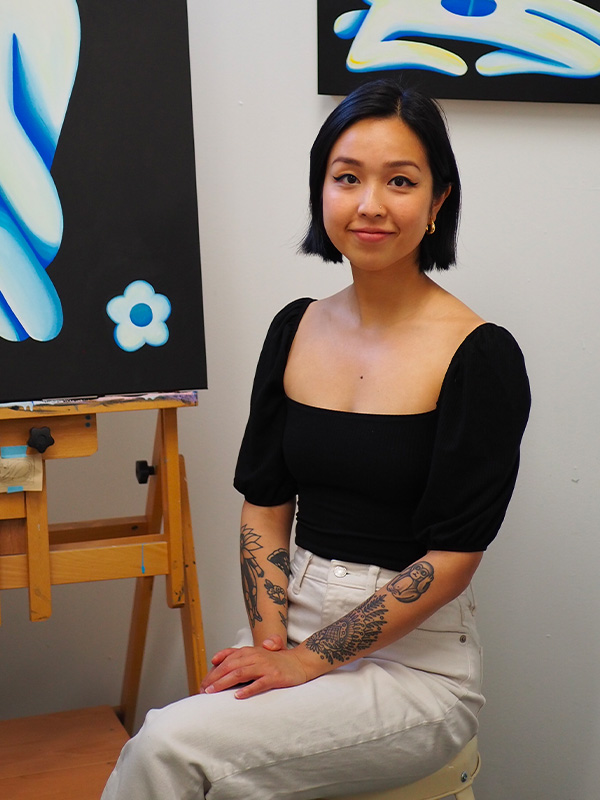 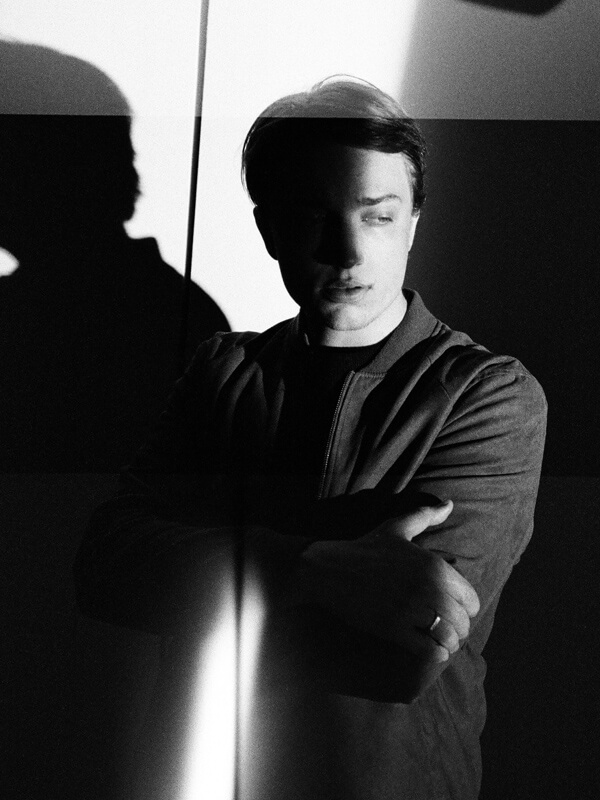 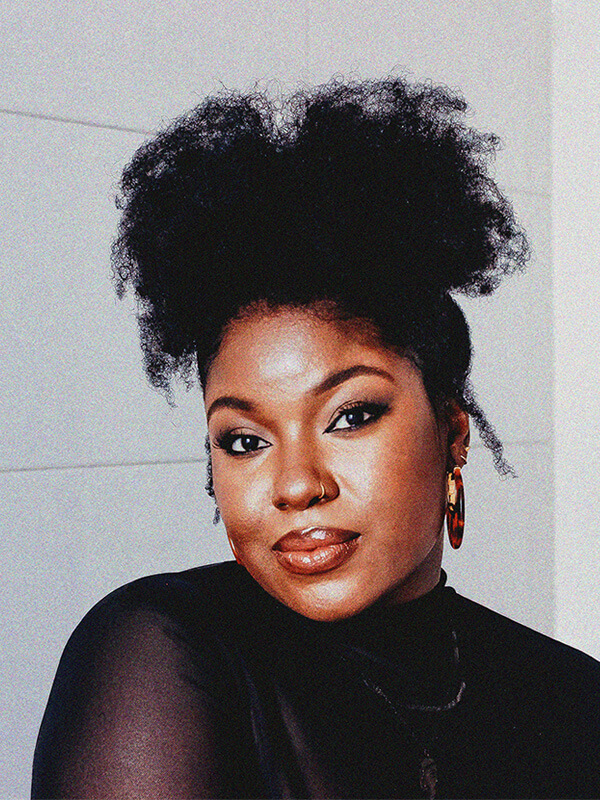 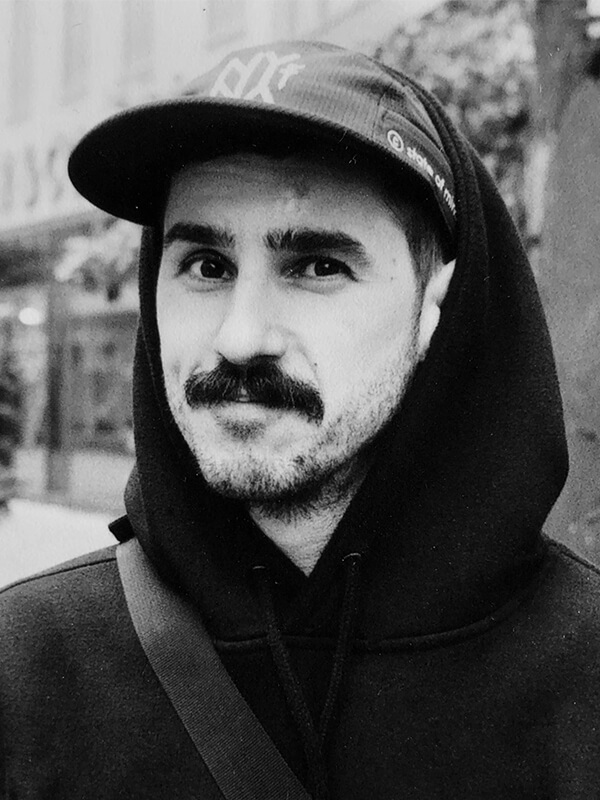 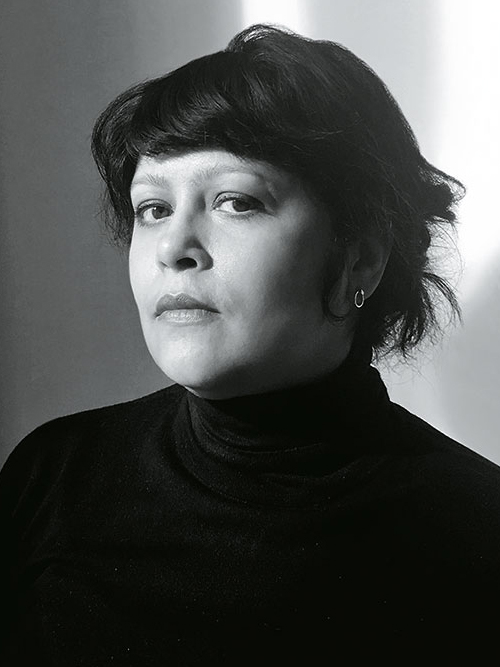 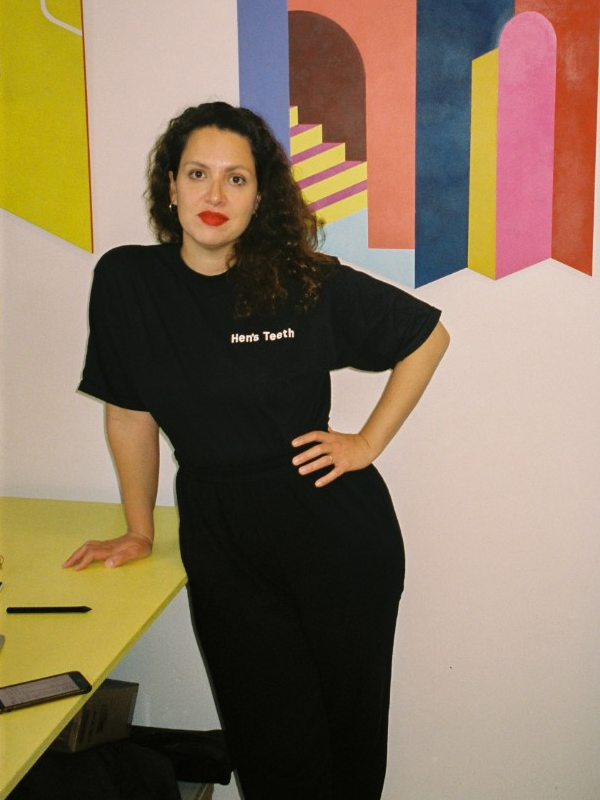 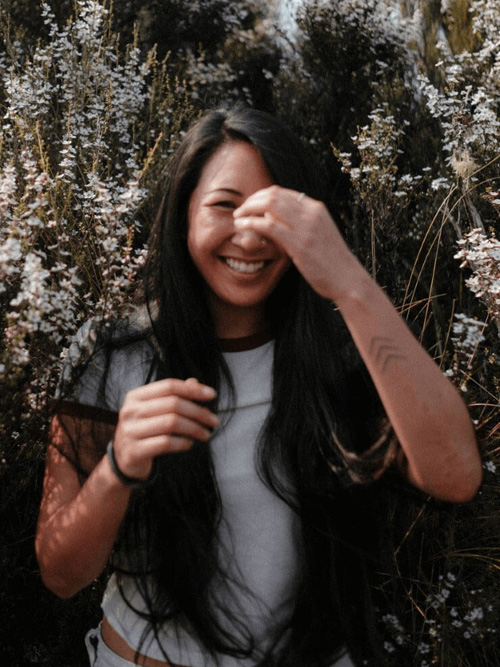 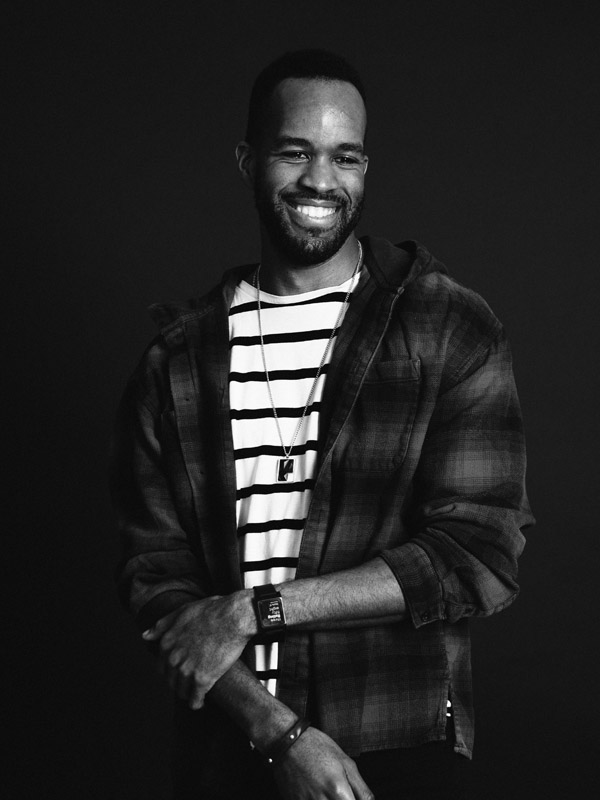 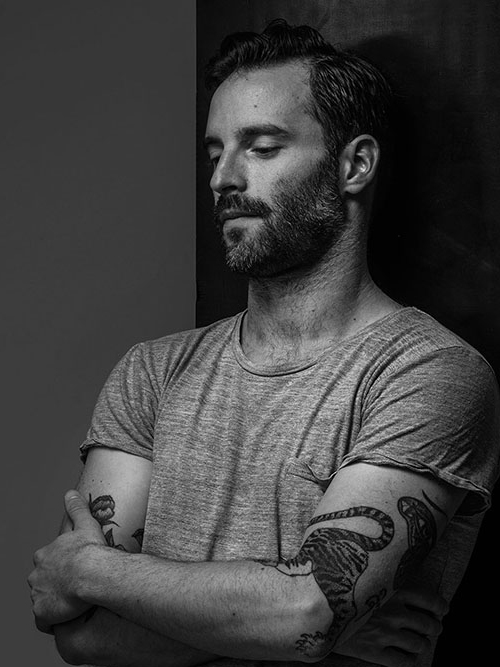 LETTERS FROM VENUS
is an inclusive online space that celebrates humans, creatives, makers, and thinkers living abroad and the cultures embracing them; by featuring personal stories that shed light on their journey and experiences. We’re on a mission to find a deeper meaning of home – join us!

DON’T BE A STRANGER
Be first to know about our monthly featured stories, and curated cultural ripples from music, art, photography, and film.

LETTERS FROM VENUS © 2021
All images © of their respective owners.